August 18th, 2018
I HAD OFFERED to take some photos before & during the service so it would be at least one less thing Dee Dee would have to worry about. While taking pics of the people seated, I noticed three gentlemen seated in the row behind where my husband & I were going to sit. They were chatting amongst themselves & I instantly recognized two of them from all of the research I’d done & all of the media coverage…I was looking at Retired Army Captain Bryant Middleton & Mr. Roger Dean Kiser. 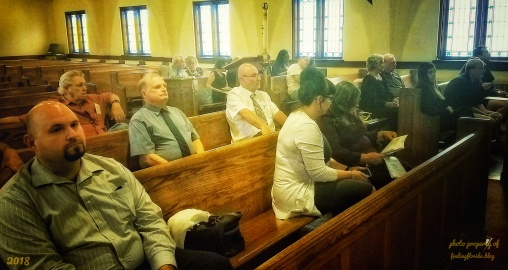 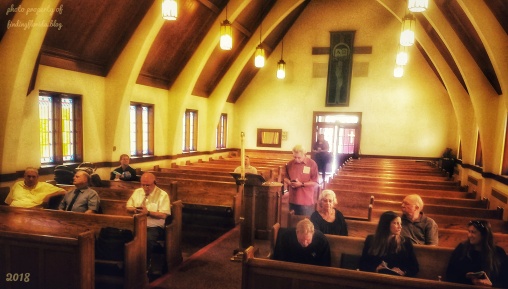 THE FIRST HELLO
WITH THE PROGRAM getting ready to start, I made my way back to my seat…And happened to make eye contact with one of the men. Still feeling like I didn’t really have the right to be there, I almost sat without saying a word. Instead, I told myself “What the Hell”, turned to the row behind me & extended my hand. “HI, I’m Jenn.” To my surprise I got a warm reception from Retired Army Captain Bryant Middleton, one of the Whitehouse Boys. I attempted to explain my really odd situation but before I could finish he said that Bob had mentioned me on a couple of occasions & that Dee Dee had also told him some of what I’d been involved in regarding the school. I was completely taken aback but we couldn’t finish the conversation as the service was starting. As I turned around to be seated, he leaned in & whispered “We need to speak later, there are some things you need to know.” I nodded & sat as the music began. I would definitely catch up with Bryant as soon as the service had ended.

Bryant Today…
IMMEDIATELY FOLLOWING THE ceremony, everyone gathered in a small area in a building on the other side of the church. As I made my way over, I peered through the windows of each door lining the hallway & it wasn’t lost on me that this reception was being held in the school area of the church…How Ironic.

THE ROOM WASN’T too crowded but the buzz of conversation was loud. I finally found a seat across from Bryant Middleton, who invited me to listen in on the stories that the Whitehouse Boys around us were sharing amongst each other. With each passing minute I felt another little piece of my heart break. Although I had read about the atrocities of Dozier, hearing the school’s victims recount their experiences made it so much more real. I waved my husband over to the empty seat next to Bryant so he could hear what they had to say (Since he’s often referred to me as crazy whenever I mention ANYTHING Dozier related!)…When there was a brief pause in the conversation, Bryant introduced me to the others, not just explaining my interest in the school but that I’d be taking over for Bob. I was a bit speechless (Yeah, I know…Me Speechless?) to hear at least 2 others say that Bob had mentioned talking to me. Not really sure of what to say, I blurted out “I’m your new Whitehouse Boy!” 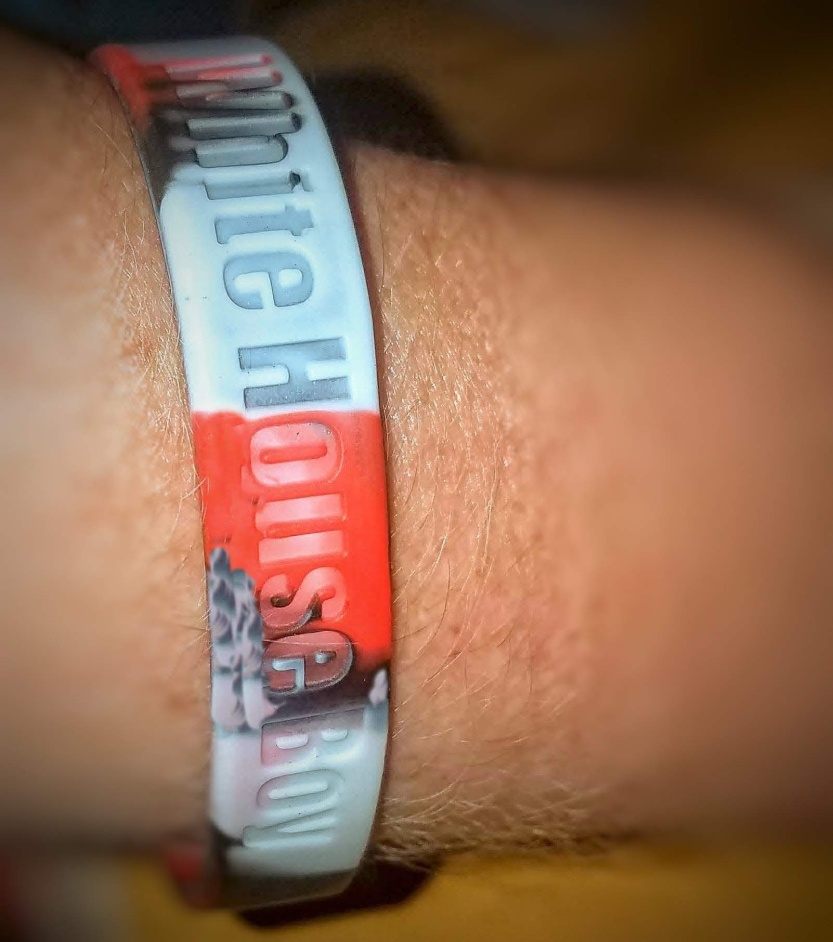 THE WHITEHOUSE GIRL
THANK GOD THAT everyone thought my statement was funny OR I would have excused myself & NEVER returned! I believe it was Roger Kiser that corrected me, saying “Actually More Like Whitehouse Girl!” Good call…I can live with that! As things were winding down, I asked Bryant what he & the others felt would the best possible outcome, finally allowing their group to end their fight for justice? His reply was simple: “The State of Florida Needs To Give Us The Dozier Land.” In my mind that seems like a fair request & one that can be easily achieved. So hey Sunshine State, if you’re reading this, hand over the land to the men that your shit show of a school spent years trying to break! 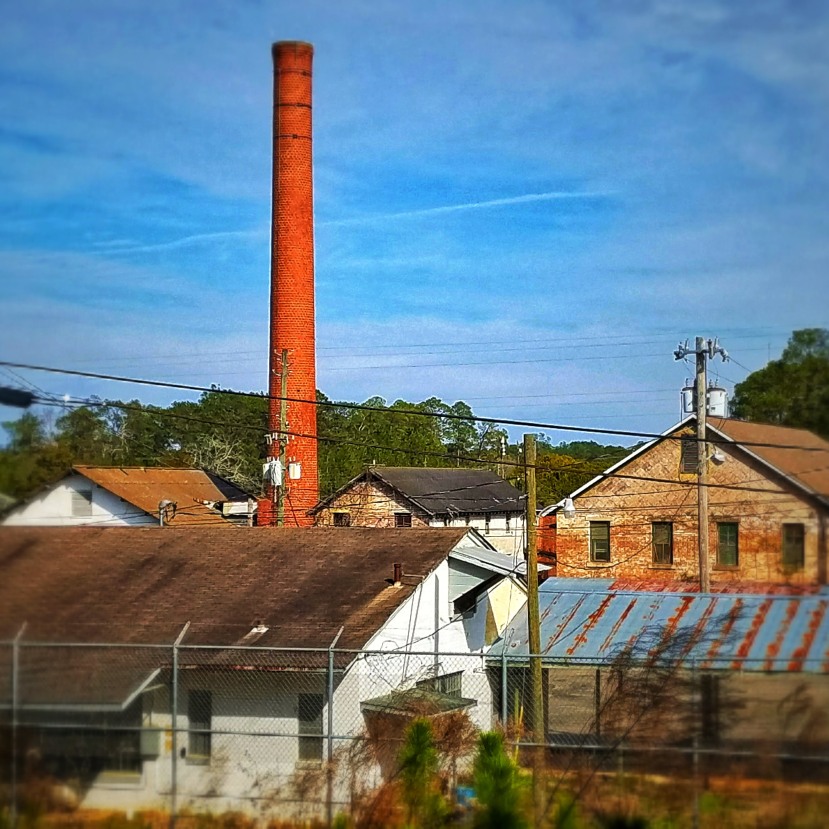 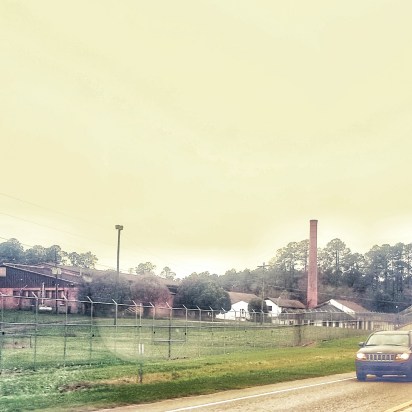 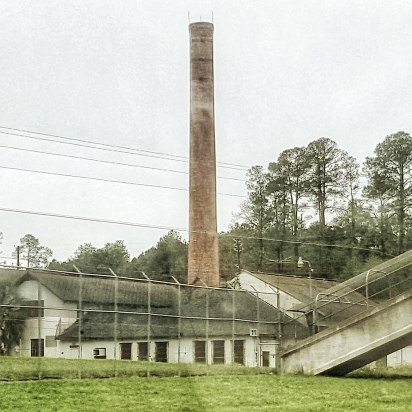 WHILE CHATTING WITH this inspirational group of men, I recalled a thick, unopened envelope that Dee Dee had handed me the week before. The large packet had been sent by Andrew Puel & contained a case file of a Dozier boy who had passed while at the school under suspicious means.

UNFORTUNATELY BOB HAD been too sick to ever even open it. I stood up & asked “Do one of you happen to be Andrew Puel?” A gentleman in a pale yellow shirt quickly responded “That’s me.” I held out my hand & replied “Nice to meet you sir, I believe I have a file that you sent to Bob.” He nodded in acknowledgment. I told him that I would be looking through it but might have some questions as I go. He readily agreed that I could contact him anytime. 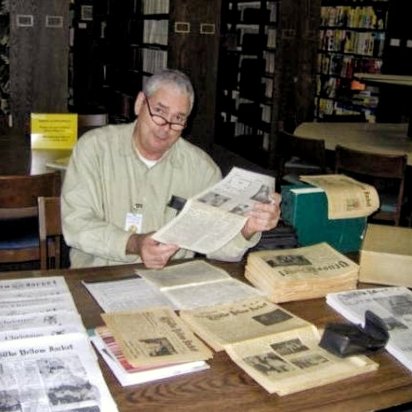 Mr. Andrew Puel At The State Archives…Sitting In The EXACT Same Spot That I Did When I Was There!
ACCORDING TO ANDREW, his childhood had been vastly different from a lot of the others. He had come from a loving home & had never so much as had a hand raised to him. As he spoke, I could only imagine the shock & horror he must have experienced during his time at Dozier. To go from one extreme to the other had to have created scars both figuratively & literally for life, however, he spoke with a gentle voice & when he smiled, you could see it in his eyes. He too went on to be a great advocate for justice, taking on a lot of the research & often traveling hundreds of miles to view the Dozier archives OR attend a ceremony. Andrew is also a writer, co-authoring a book about the Dozier School, the investigation & the cover-up. I like to think of it as a more in depth “Cliff Notes” collection of facts. Unfortunately, this particular book is difficult to get your hands on (Hhmm, I wonder why?!?) So I will be guarding the few copies that I was able to get from Bob!

WITH THE DAY drawing to a close, it was time for the “Whitehouse Boys” to hit the road. They had come together, with one living in Tampa, one in Georgia, another in Gainesville, etc.. While waiting for the others to come out to the parking lot, I stood in the courtyard with Roger Kiser. He filled me in on some of his time before, during & after Dozier. At the risk of sounding repetitive, I feel it’s not my place to share ALL of Roger’s words with the rest of the world, however, I will share that his story both crushes me while at the same time making me proud to have met him…An extremely confusing combination of feelings to have. I say this because he started our conversation with these words: “My experience was different than most of the others because by the time I got to Dozier, I had already spent my life being beaten & molested.” “I had no family & I knew no different.”

I HAD BOTH read about & listened to Roger’s story prior to actually meeting him BUT standing next to him, listening to him speak about his life experiences had me imagining this little boy being shuffled around from abuser to abuser. My eyes were burning as I tried holding back tears. I wanted to go back in time, scoop him up & hug him. Tell him he was loved, wanted & I’d fix everything. Unfortunately, I was more than 50 years too late to help that little boy. 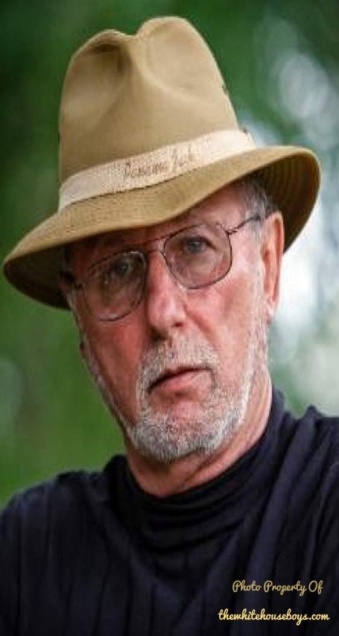 THOUGH MY HEART ached for the boy, I couldn’t help but be inspired by the man. Roger Dean Kiser was a survivor. Eventually breaking free of Dozier, he would accept the challenges he continually faced, plowing straight through them. He would go on to serve in the military, get a nursing degree, have a family, become a talented, published author (I will put a link below to all of his work & also the link for one of my favorite podcasts, Sword and Scale, that Roger was on…Check it out! Mike Boudet is the host & he’s totally awesome!) & a major child advocate. It would be Roger that would be the first to step up & tell what had happened to him at Dozier…It would also be Roger that would become the founder of the “Whitehouse Boys Organization”, giving hundreds of victims a public forum of support to share their experiences as well.

One Of My Favorite Roger Kiser Books…

ROBERT STRALEY SHARES HIS STORY…
OBVIOUSLY BOB WAS gone as that is why people had traveled from ALL over, gathering to celebrate the man who spent so much of his life fighting to get justice for the past while trying to change the future of Juvenile Detention. In Spite of his passing, Bob still managed to get his story out there. The following was written by Bob & was included in his service program…

IT’S NOT GOODBYE, IT’S SEE YA LATER!
WHEN I THINK back to that day, I still have a hard time believing that I met these men & how involved I’ve become. The day was full of sadness & reflection BUT I don’t want to end this post on a sad note. So let me tell Y’all the story of how the Whitehouse Boys & I parted ways that evening.

Some Of The Dozier Boys…Names Unknown.

WHILE I WAS speaking with Roger, Bryant came outside & said “I should move my car out of the parking lot & hide it…When Andrew comes out, he’ll think I left him!” The grin on Bryant’s face was huge & it made it hard to deny him his ultimate prank moment. Roger & I looked at each other & agreed to play dumb. Bryant retrieved his SUV from the church parking lot & drove it across the street, just out of view. Sure enough out came Andrew several minutes later stating he was finally ready to go & inquiring about where the car & Bryant were. Again, Roger & I looked at each other & trying to keep a straight face I said “I’m pretty sure I saw him leave a few minutes ago.” “He said goodbye & then got in his car & drove off.” At this point the look on poor Andrew’s face was of confusion! Roger continued “Yep, I came out to look for him & he was gone.” Andrew finally spoke stating “What do you mean he left??”

THANK GOD WE didn’t have to carry on the charade too much longer as all 3 of us saw Bryant slowly inching his SUV back into view! We ALL got a good chuckle out of the prank & with a few hugs, a kiss on the cheek & everyone saying “call anytime” & “You’ll always have plenty of places to stay!” They were off! I stood there waving as they drove away, knowing that I would be speaking with, even perhaps seeing these men again. 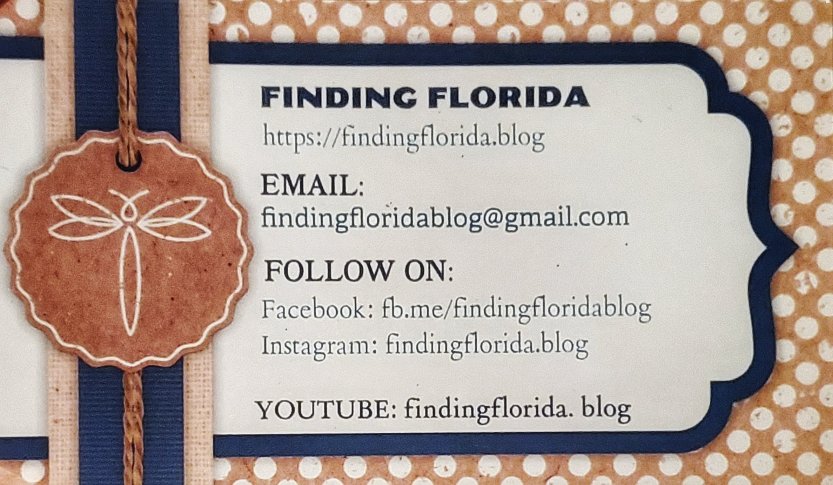 *There’s also a spin-off Pod Cast Called “Sword & Scale Rewind” That discusses the episode…It can be found at the same link as the full pod cast!*
**I CAUTION YOU THAT THE SHARED STORIES AS WELL AS THE PODCAST DEAL WITH EXTREME PHYSICAL & SEXUAL ABUSE…VIEWER DISCRETION IS STRONGLY ADVISED!!!**