I FOUND MYSELF in the odd position of being inside of a place that I really didn’t want to be in BUT knew that it was important for me to be there. To my knowledge, I was the first person NOT directly involved OR impacted by this tragedy (OR one of the handful of press reporting on it) to step foot inside of the Whitehouse & I’m almost certain that I’m the 1st person to enter since it had been sealed in 2008…Well, myself & of course those “random unknown vandals” that are still on the loose.

WHILE I DO consider myself lucky to be able to help, this was one of those times when being “first” was definitely NOT something that I was excited about. If anything, I felt angry, sad & disgusted because had evil NEVER crossed the paths of these boys, this place would be nothing more than a bunch of abandoned buildings that yet another small town decided to let nature have its way with. Believe it OR not, I’d much rather be boring people with random photos of old cemeteries, instead of driving everybody in my world bat sh$t crazy with my incessant need to help get justice…Especially if it means that the events of Dozier NEVER happened!


AFTER SPENDING A considerable amount of time taking video of the front room, I could NO longer stall. It was time to see the rest.


THE HALLWAY WAS not very long BUT the amount of horror packed into it was neverending. It was dimly lit, however, it was still easy to see the 3 narrow openings lining each side. They were doorways. I stepped through the 1st on the left & found myself standing in a room not much bigger than a broom closet.

NEAR THE TOP of the back wall was a small rectangle that allowed just enough light in to avoid being in total darkness. There was grating secured to the opening which casted a creepy pattern on the walls. 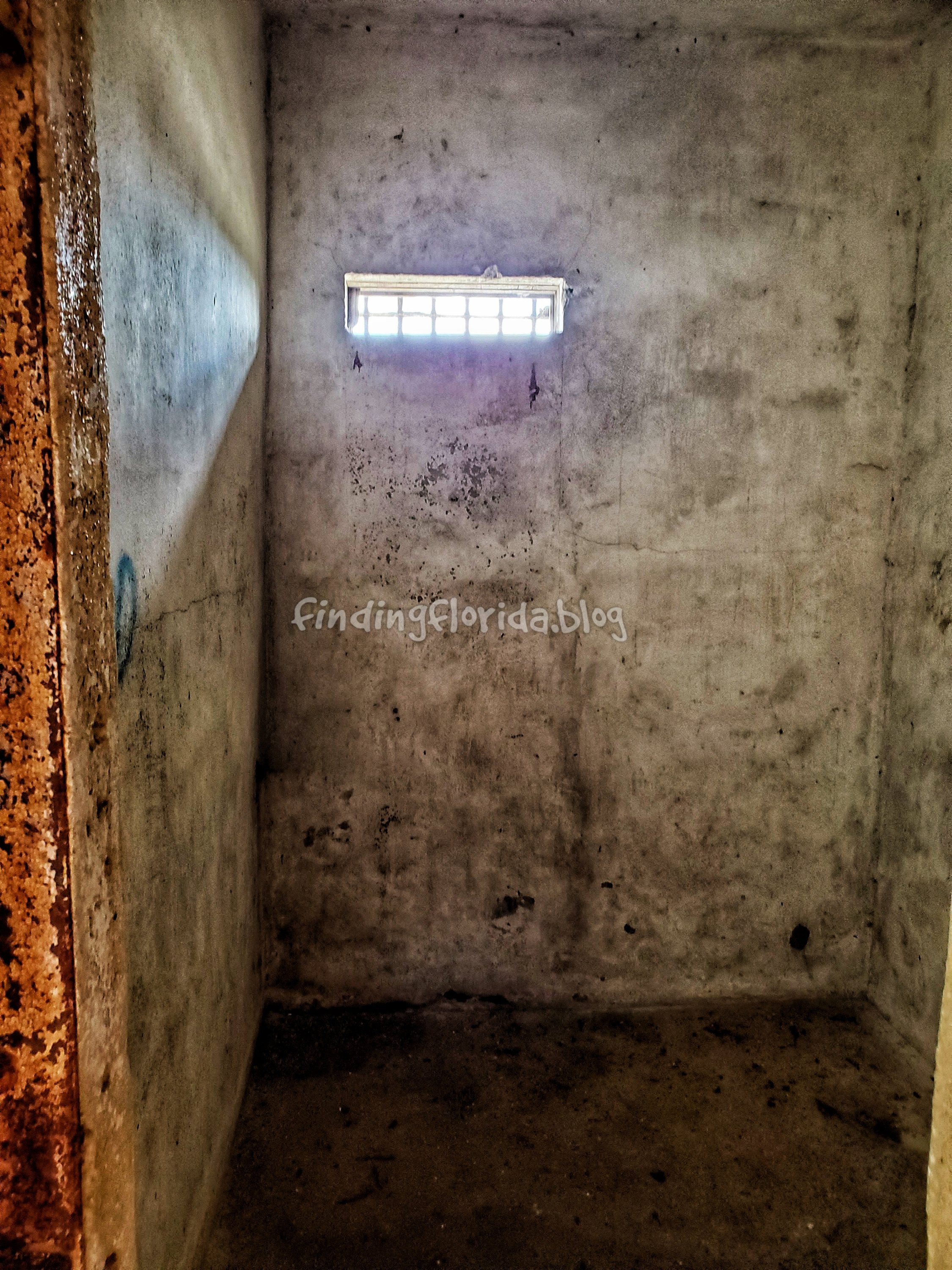 ONE OF THE most disturbing things about these wannabe windows was how from the outside they looked full size. Whether they had originally been OR not, I don’t know BUT my gut tells me that they were intentionally built this way as to fool the outside world into thinking that all was on the up & up.

THE NEXT TWO “rooms” were similar. The 4th had what looked to be some type of spigot coming out of the wall & the last room on the right had a toilet in the back corner. It then dawned on me that these were tiny jail cells. I looked more closely at the door frame & could see thick, rusted metal joints where the doors had once been attached.

I WAS WELL aware of the claim that the Whitehouse was built specifically to be used for “solitary confinement”, however, the place wasn’t fit to hold animals let alone children. As I crossed the hall to enter the last room, I noticed a broken wood panel that sectioned off the hallway from a slightly larger room in the back. Carved into the wood were a bunch of names…


I RAN MY hand over the wood & closed my eyes for a second…And nearly peed my pants when a voice broke the silence! “I don’t think you’re supposed to be in here.” It was my husband (Did I mention that the hubs had come with me? No? Well it’s probably because he stayed in the car 95% of the time we were there!) who had apparently come in behind me. Even he was a shocked, commenting on how extreme it was to put children into such inhumane conditions. 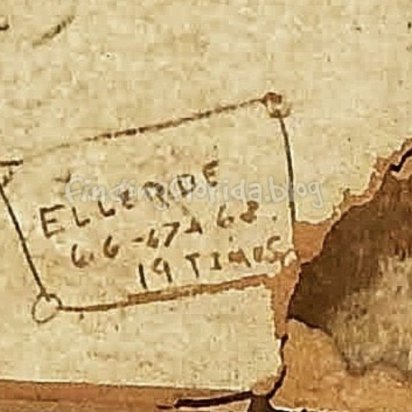 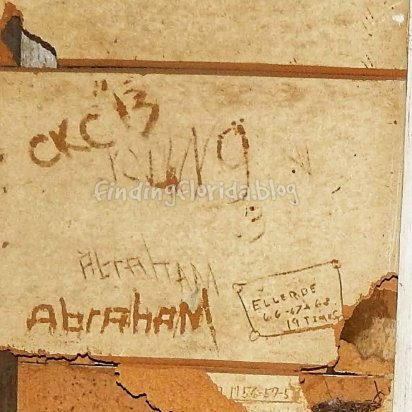 THINGS CAN ALWAYS GET WORSE!

YES THEY CAN! I would have NEVER believed that after what I’d already seen BUT I had yet to go into the horror that was the last room, so I had NO clue what was waiting for me…

IT WAS THE 6th & final room (I’d find out at a later date that this wasn’t the last!) The last room on the right. This time there was a door on the back wall that led to the outside, although it appeared to be sealed off from the inside. The floors were caked with layers of muck but it was the back, right corner that had me concerned as on top of the old debris there were a bunch of pine needles, some of them singed, were arranged into a pile. There were cigarette butts stacked in & around the pine needles & ALL of it was covered with some type of oily substance. In the moment, I didn’t really know the importance of what I was looking at BUT I would soon enough… 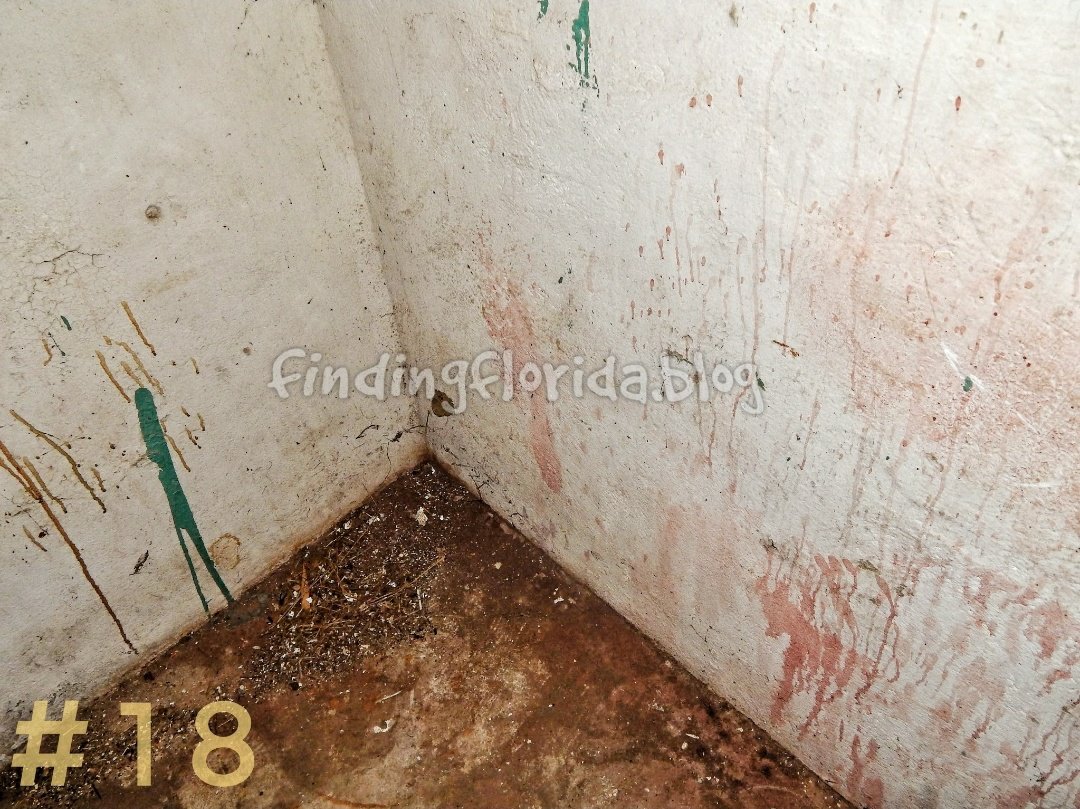 THE ROOM WAS something out of a horror movie! If you want to see what it’s like fro the comfort of your own home, you can check out the movie “Saw”…You’ll get the picture. EVERY one of the 4 walls were covered with old stains…There were blood stains as well as stains that I’m pretty sure came from vomit if the smell was any indicator. Additionally, I noticed some paint in several places throughout the room. The pattern showed that it had been dripping down the walls, drying in the process. The paint was dark green, the exact shade of the outer trim was painted.

AND THEN THERE were the handprints…NOT just Handprints BUT also claw marks. So Long & deep that it was as if they were embedded into soft clay instead of the hard surfaces of the walls. They were everywhere. There was even one that looked like it was gripping the door frame, as if they were trying to prevent someone from dragging them off. 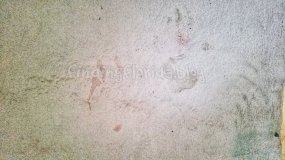 AFTER SPENDING A considerable amount of time inside of the hell hole called the Whitehouse, I honestly couldn’t stand to be inside of it for even one more minute. I felt that I had gotten as much evidence as I could get. I walked out with 2 videos & at least 200 photos. I took another few minutes to take a few more of the back & sides of the building, focusing on a particular depression in the ground. I had been given info from several former students that remains may be buried next to the WH. The depression was a perfect rectangle & the grass on top was brown. The grass all around this one spot was full & green, making it really stand out.

WHETHER OR NOT this is a grave, I really can’t say BUT I will say that I wouldn’t be shocked if it was.

I WAS BUMMED that it was almost time to leave. There was roughly 1200 acres that I wanted to explore & I knew that there was NO way I would be seeing even 1 entire acre. Every trip leaves me with the fear that something major will happen before I can get back. This time wasn’t any different. The ONLY bright spot of this trip were the big, beautiful butterflies all around me. In the past, it has always been still & quiet. NO animals (sans the freaking snakes!), NO crickets chirping, NO birds singing. Other than the constant buzzing of the prehistoric sized mosquitoes there was NOTHING! 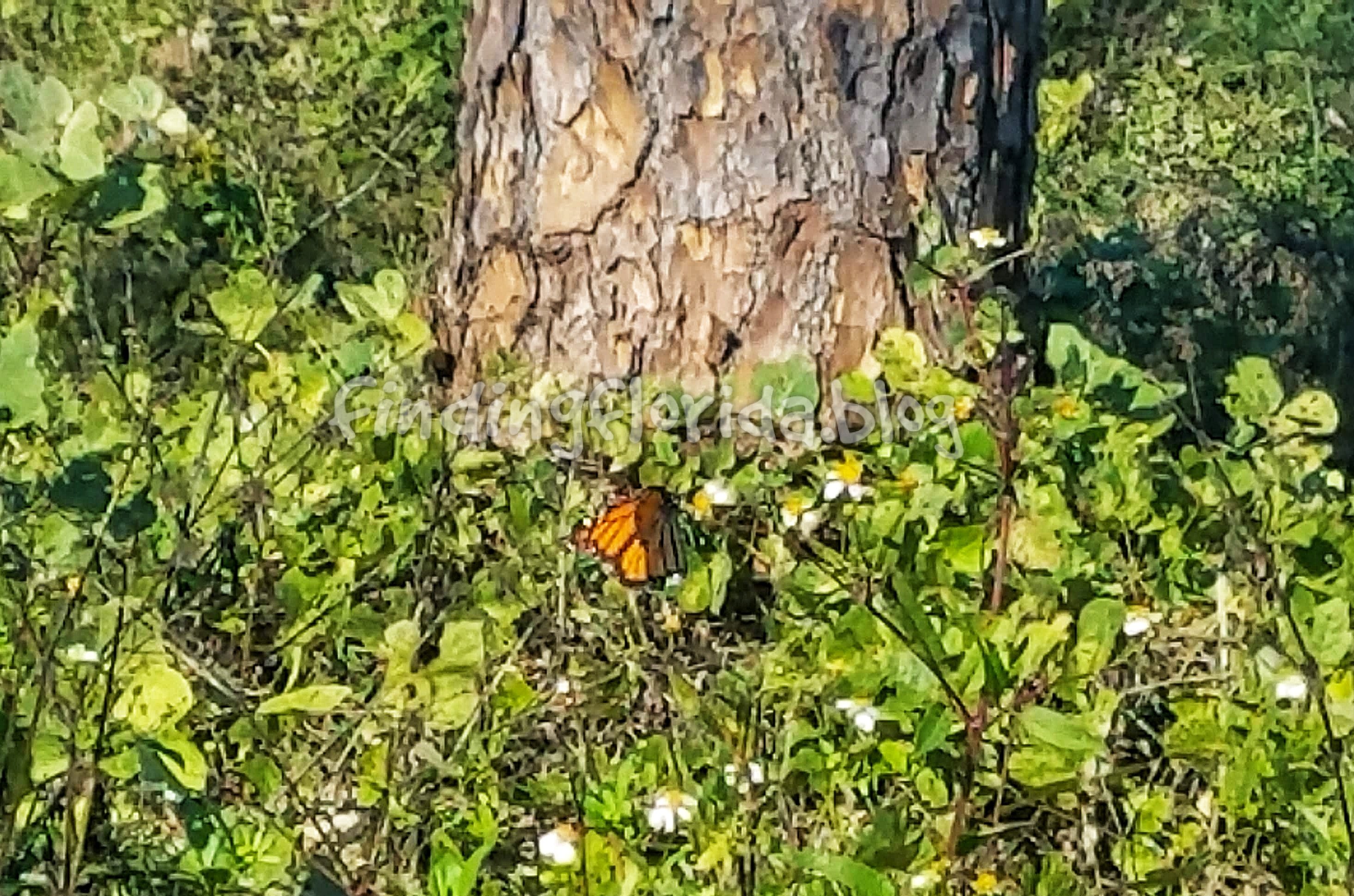 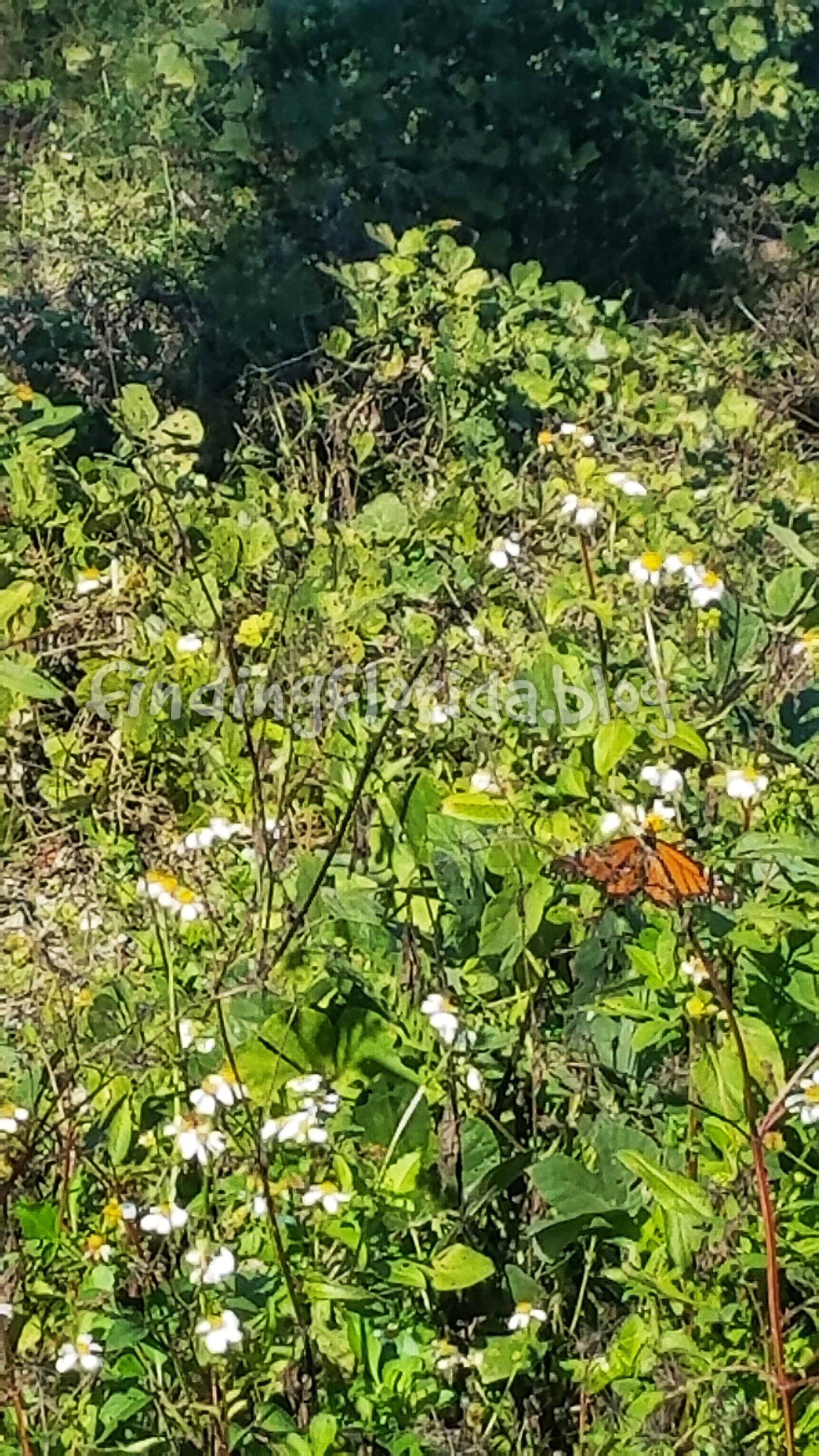 IN MY HEART I’d like to believe that they were a sign of good things to come…Maybe even sent by the boys who had yet to make it home. In any case, it was encouraging to see a little bit of life in such a dark place. 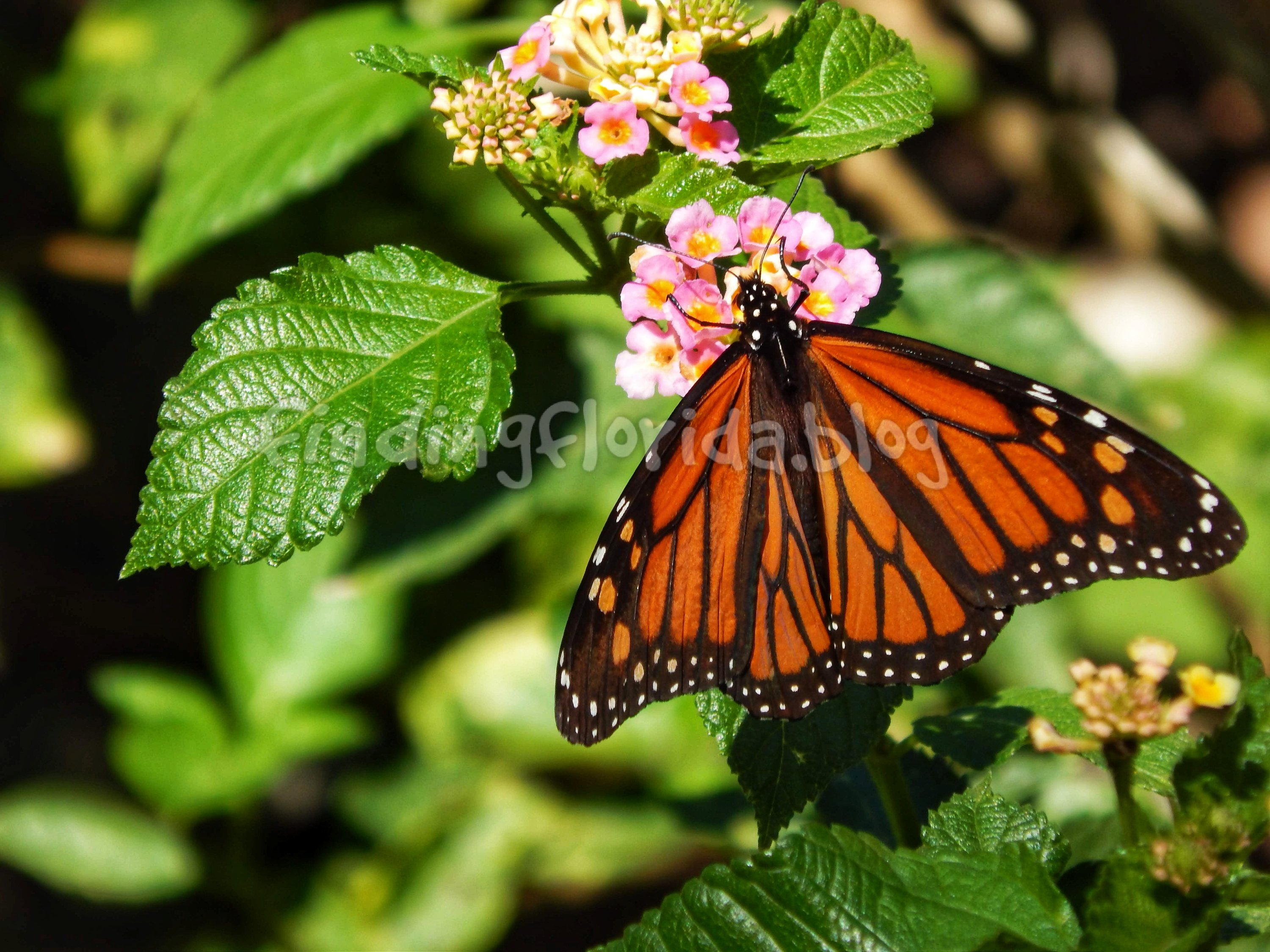 A WEEK LATER I was back home editing the photos I had taken & decided to send an email to “M”, who had given me the info about the vandalism of the Whitehouse. I explained that the original photos he’d received (the same photos he’d sent to me) did NOT accurately depict the amount of damage that had actually been done. I also told him about the empty containers of flammable liquid that I found stuffed under a work trailer just a few yards away from the WH (Remember that oily residue & the singed pine needle in the WH that I mentioned earlier? Makes more sense now, doesn’t it?). The response I got was a mixture of excitement & frustration, along with a request to see the photos that I had taken.

OF COURSE I immediately agreed & spent the next few days going through them all, picking out what I felt were the most important & numbering each one. I then created an index that included a description of every single photo & emailed everything as requested. Initially I held back on sending the videos that I had taken because I have tremendous respect for this man & his family…The last thing that I wanted to do is cause them ANY more pain.

IN THE END, I mentioned that I had them & finally decided to send them.


OUT OF THE SHADOWS

WHEN I FIRST emailed those photos, I knew that they were going to be turned over to officials as proof that Marianna was still as corrupt as ever, however, it never occurred to me that the watermark on those photos would basically “Out” me! Fortunately, “M” caught it & was nice enough to ask me if I was Ok with having people know where they came from. I took a minute to consider the impact of my name being out there & decided to go for it. I told him to send everything as. I’d much rather know & be prepared than not know & be ambushed. If I made the decision at least I’d have some control (At least I hope!!) over the situation.


AS OF TODAY, those 30 photos & 2 videos are continuing to create quite a stir around Tallahassee. In an email that I received around Thanksgiving, I was informed that “M’s” phone started ringing off the hook within 24 hours of him forwarding everything. He also told me that what I was doing was important, that I was doing a great job & it would be me & my generation that would ultimately see this through to the end once he & all of the others were gone. That made me sad to hear as I want him & the other WHBs to see a resolution in their lifetime. They deserve their happy ending.

HIS WORDS MEANT so much to me. This is why I will continue to fight with them, even on the hardest days…And I will do my damndest NOT to let them down.☆ IF YOU OR SOMEONE YOU KNOW SUFFERED ABUSE, PASSED AWAY, WENT MISSING OR WITNESSED ANY WRONGDOINGS WHILE AT “THE FLORIDA INDUSTRIAL SCHOOL FOR BOYS” AKA “THE ARTHUR G. DOZIER SCHOOL FOR BOYS” OR THE OKEECHOBEE SCHOOL FOR BOYS, PLEASE REACH OUT AT findingflorida.blog OR ANY OF THE CONTACT INFO LISTED BELOW!!☆